Every purchase you make from BWB benefits one of our world literacy partners. List this Seller's Books. Payment Methods accepted by seller. AbeBooks Bookseller Since: 14 March Stock Image. Published by Zonderkidz, Used Condition: Good. Save for Later. Shows some signs of wear, and may have some markings on the inside.

About this title Synopsis: For once Stephanie and Diana want the same thing. More Information. Shipping Terms: All orders ship out within business days. Over 2 million satisfied customers and growing! Add to Wants. Stephanie annoyed me pretty much most of the time, but I can't say that Diana hasn't. Diana being mean and stubborn to everyone kind of pissed me off. She acted like such an attention-seeker, but I guess that's one of the problems separated families face.

Overall, I really think this book would be very fun for younger readers! I, myself, enjoyed it a lot.

Though I have to say there wasn't a huge problem or major story in the book, it was kind of chill throughout, more for younger readers. It was a very fast read, and very fun as well! I do really want to pick up the third book in this series! Oct 05, Maria Mitchell rated it liked it Shelves: first-reads. Maybe it's just an old fascination with the Brady Bunch, but I've always been interested in step-siblings becoming a family. Especially when they are older and these things are naturally harder. I hadn't read the first book in this series by author Lisa Williams Kline, however she did a very good job of making this book able to stand on its own and only rarely referred back to events for the previous book.

One sister, Stephanie, is just getting to the age where she's interested in boys and all the fascination that new discovery holds for her. She's becoming more interested in her looks and being liked by others. She is the good girl and always tells the truth. She quiet, poliet, and reserved. All of the above tends to frustrate step-sister Diana to no end.

I found myself liking Diana's character more. She is obssessed with animals, to the point that she neglects other people around her. She's passionate, willfull, stubborn, and rather quick to judge people. Together, the girls are on vacation with their newly married parents. They stumble across some wild horses and Diana is immediately fascinated.

They meet a new boy and Stephanie is immediately fascinated. All three go on several adventures togther involving facing fears, lying to their parents, and even police involvement. A mystery to be solved comes in later when one of the wild horses is hit by an ATV and the driver runs. Overall, I liked this novel enough to recommend reading as a light easy book. The mystery was surprising but really the family values were the core of this novel.

Some good life lessons for the young, and some heavy hearted moments especially involving the wild horses.

I received this book for free through GoodReads First Reads. Sep 06, Sydney-Michelle rated it really liked it Shelves: books-i-own , quick-reads , middle-reader-books , christian-books , giveaway-entry-books , books-i-got-for-free , horses , animal-books , alternating-pov. It really exceded my expectations. Being a middle reader book, I got through it quickly, but also because I wanted to keep reading.

The plot was interesting and only somewhat predictable, there was even a small twist that I'll admit I didn't see coming. 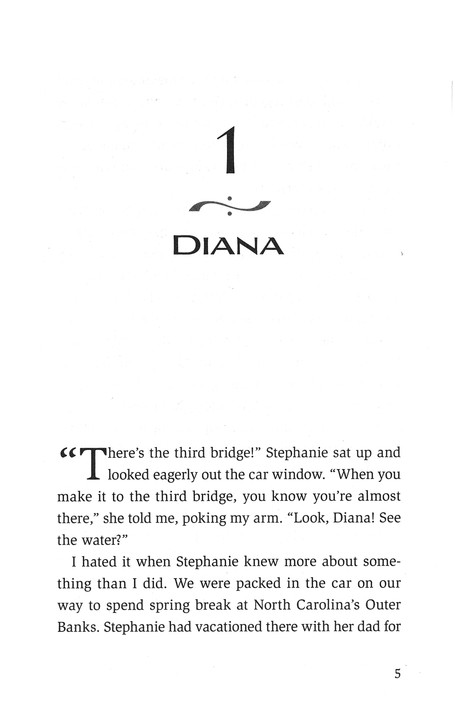 The book is told in alternating points of view, flip flopping between stepsisters Diana and Stephanie, which I really enjoyed. Also,I found interesting that even though this was a "Christian book", it wasn't preachy, and actually hardly talked about God. One of the sisters is a nonbeliver, and as this is a series, I can guess that she'll find God somewhere along the way.

But mostly it was just a clean read for tweens, with some nice values and such inside. I used to read loads of Christian tween-age books, though most of them were quite preachy. Sep 07, Tara rated it it was ok Shelves: first-reads. The story line of this book was really promising, two step-sisters Diana and Stephanie who are the same age are still trying to form a relationship even though they don't have much in common.

On a family vacation over spring break they both fall for the same guy who is accused of a crime the girls are convinced he didn't commit. I really had trouble finishing this book. The dialouge and actions of Diane and Stephanie are the main part that bothered me. They didn't really speak or act like teen The story line of this book was really promising, two step-sisters Diana and Stephanie who are the same age are still trying to form a relationship even though they don't have much in common.

They didn't really speak or act like teenagers in the present time. Also, the story was pretty predictable. Oct 06, Stacy rated it really liked it Shelves: firstreads. I won this book as a FirstRead. Diana and Stephanie are 8th graders, and I would say the book is aimed at kids about that age.

I did not realize when I won this book that it was the second book in a series, but it worked well as a stand-alone book.

Oct 13, Marilyn rated it really liked it. Kline has done a good job of illustrating how blending of families can work for two young girls. Stephanie and Allie are so different that you wonder if they will ever find middle ground. Kline creates a story that is relateable to the lives of young people caught in the middle of family blending through no choice of their own. Great young adult read! Oct 27, Heidi rated it liked it Shelves: firstreads-win. Won on Goodreads Firstreads! I'm glad this book ended when it did because I was getting bored with it.

I know it was for younger readers, but I was expecting more suspense then it really gave. I liked the step sisters, and how they were so different from each other. I think young teens can really relate to the characters.

The back cover summary really didn't match the story. Cody wasn't accused of anything, he wasn't even in that much trouble until he confessed he did it. View all 6 comments. Jul 25, Erin rated it liked it Shelves: owned-books. I received this book from a giveaway and thought it didn't look too appeasing. Much to my surprise, I liked this and read it quickly. It was an entertaining book and was good for passing time. This would be a perfect middle to upper elementary school book, especially for someone who likes horses.

I'm in high school and don't particularly care for horses, yet I still found this book interesting. Sep 10, Sara rated it liked it Shelves: first-reads. I didn't realize this was Christian YA Fiction. A nice, quick read for tweens who like horses. Well written, with three-dimensional characters and good moral lessons without being preachy or unrealistic.

Dec 29, annika rated it really liked it Shelves: middle-grade. I remember reading this book a few years ago. It was awesome! I loved the story about the two girls and the horses. It was cute, unique, and surprisingly, wonderfully written!


Highly recommended. Nov 07, Sydney Campanella rated it it was amazing. At one point while reading this book I even forgot to eat.

Sep 03, Laurie Franco rated it it was amazing. Great continuation of the story. I love how Diana and Stephanie always manage to find trouble and then work through it. Fantastic next chapter of the Sisters series. Really cute story! There are no discussion topics on this book yet. About Lisa Williams Kline. 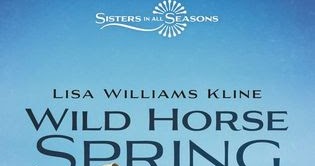 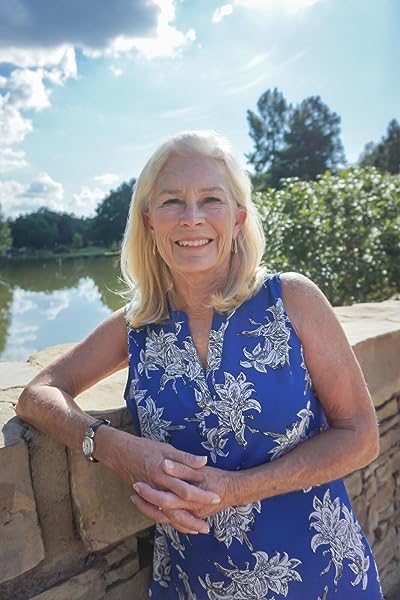